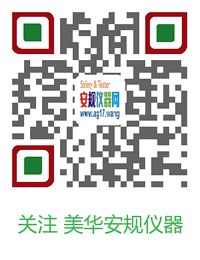 IEC 60335-2-80:2015(E) deals with the safety of electric fans for household and similar purposes, their rated voltage being not more than 250 V for single-phase appliances and 480 V for other appliances. Examples of fans that are within the scope of this standard are ceiling fans; duct fans; partition fans; pedestal fans and table fans. This standard also applies to separate controls supplied with fans. Appliances not intended for normal household use but which nevertheless may be a source of danger to the public, such as appliances intended to be used by laymen in shops, in light industry and on farms, are within the scope of this standard. As far as is practicable, this standard deals with the common hazards presented by appliances that are encountered by all persons in and around the home. However, in general, it does not take into account persons (including children) whose physical, sensory or mental capabilities; or lack of experience and knowledge prevents them from using the appliance safely without supervision or instruction. It also does not take into account children playing with the appliance. It was established on the basis of the fifth edition (2010) of that standard. This third edition cancels and replaces the second edition published in 2002, its Amendment 1 (2007) and its Amendment 2 (2011). It constitutes a technical revision. The principal changes in this edition as compared with the second edition of IEC 60335-2-80 are as follows (minor changes are not listed):
- added definition for ceiling fan suspension system (3.102);
- added instructions for ceiling fan maintenance (7.12);
- added instructions for ceiling fan installation (7.12.1);
- added entrapment assessment criteria for table and pedestal fan with a fan head that oscillates in the up-down direction (20.102);
- added requirements for insulation of pre-installed internal wiring used to supply attached luminaires (22.101);
- added suspension system failure protection requirements for ceiling fans (22.102);
- added motor brush wear requirements (27.3).
The attention of National Committees is drawn to the fact that equipment manufacturers and testing organizations may need a transitional period following publication of a new, amended or revised IEC publication in which to make products in accordance with the new requirements and to equip themselves for conducting new or revised tests. It is the recommendation of the committee that the content of this standard be adopted for implementation nationally not earlier than 12 months or later than 36 months from the date of its publication. Key words: Fans, Duct fans, Pedestal fans, Ceiling fans, Partition fans, Table fans